Can Sleep Apnea Kill You?

Can Sleep Apnea Kill You? Sleep apnea occurs when a person stops breathing for ten seconds during sleep. This condition can be repeated up to five times in an hour. When this disorder gets worse, the body can fail to breathe, interfere with heart performance, and lead to death.

Sleep apnea risk may increase in people who are obese and have a history of heart disease. This disease can be detected by observing the symptoms, such as fatigue, snoring, frequent sleepiness during the day, or chest pain during sleep.

Sleep apnea disorder causes breathing to temporarily stop several times during sleep. This condition causes the body to lack oxygen. Sleep apnea can affect anyone. Can Sleep Apnea Kill You? To answer this question, you must first know the factors of sleep apnea that can cause death.

The severity of Sleep Apnea

Sleep apnea is most often caused by obstructive sleep apnea (OSA). OSA occurs when upper airway tissue, namely the tongue, the roof of the mouth, and uvula, collapses and interferes with normal airflow.

There may still be an attempt to breathe with the chest and stomach moving, but air usually doesn’t move through the throat. As a result, airflow is reduced or does not move through the nose or mouth during these periods. The severity of sleep apnea varies. When sleep apnea occurs 5 times per hour for adults and 1 time per hour for children, this is still considered normal.

Others Topics :  How do you know if you have a short sleep gene?

Sleep apnea affects men and women of all ages, but it generally occurs in middle-aged men. According to the Sleep Apnea Trust, the disease affects one in every 25 middle-aged men and while that doesn’t sound like something to worry about, it’s quite a serious problem.

This can trigger cardiac arrhythmias that lead to heart function, which is called asystole. The disorder also causes daytime sleepiness, which can seriously affect our work and social lives, as well as our ability to drive safely.

How to Overcome Sleep Apnea

Others Topics :  Is being a short sleeper unhealthy?

Exercise can be useful to practice breathing which is one way to treat sleep apnea. In addition, exercising regularly can lose weight, so fat will not accumulate. Exercise can also make the body tired, so you can sleep more soundly.

Quitting smoking can also have a good impact on treating sleep apnea. It is recommended for those of you who smoke, to stop this habit. As is well known, smoking can hurt the health of the body.

Sleep apnea can affect anyone, including children and the elderly. However, there are risk factors that are more prone to developing sleep apnea, including:

 Have a history of previous snoring

 Being overweight or obese.

 Have a disease that makes the windpipe narrow. The disease, for example, tonsils or mumps.

 Having an older age is also a risk factor for developing sleep apnea.

 Having a family history of sleep apnea also increases the risk factors for sleep apnea.

 Consumption of alcohol or sedatives can relax the muscles in the throat. As a result, you can experience sleep apnea at any time.

 An active smoker is more likely to have sleep apnea than a non-smoker.

 Have medical conditions such as having high blood pressure, stroke, diabetes, Parkinson’s, or lung diseases such as asthma and diseases that cause nasal obstruction.

Sleep apnea that is ignored will make the quality of sleep worse. Therefore, a medical examination needs to be done if it is severe. So, if any suspicious symptoms appear in you. Immediately seek medical advice to prevent serious complications. So, Can Sleep Apnea Kill You? Sleep apnea will not cause death if treated properly, if left unchecked it may indeed cause death. So many reviews about sleep apnea disorder. Hope it is useful. 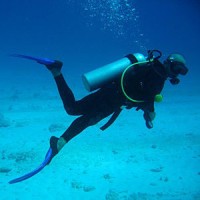